John Hastings began his career in the wholesale food business. Together with his brothers, he began manufacturing and packing wholesale meat and other grocery items. 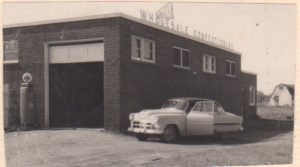 John’s son, Jack, prospered by fulfilling his customers’ demands for confectionery as there had been drastic shortages of these sweet delicacies during the war years. Utilising a fleet of delivery vans, he serviced local areas with delicious treats such as chocolate bars, hard and chewy candies and other snacks. To further enhance sales, he sought out and worked with other wholesalers to reach even more retailers. 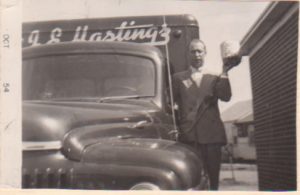 Jack succeeded in importing his first overseas shipment, toffee from the United Kingdom. This would be the first of many imported products including hard boilings, lollipops, liquorice, fudge, chocolate and English biscuits, to find their way to Hastings’ customers.

The scope of the business expanded with distribution reaching out to all of Canada with an emphasis on sweets for the speciality market. Jack’s son, John, further extended the product ranges and added new suppliers from many parts of the world.

J. E. Hastings Ltd. Is involved with many aspects of the confectionery trade, touching on manufacturing, custom packing, importation and domestic distribution. The company inventories over 1200 SKU’s and serves several thousand retail and wholesale customers in all regions of Canada. The next generation has joined the family business, John’s son, Colin Hastings has taken on the responsibility of maintaining and extending the company’s scope of business. After 90 plus years of family tradition, Colin still adheres to his great grandfather’s motto, “You will never regret selling quality!”.

Thank you for taking a few moments to learn more about our family business. It is our sincere wish to continue building on our relationships with new and existing business partners for many generations to come.